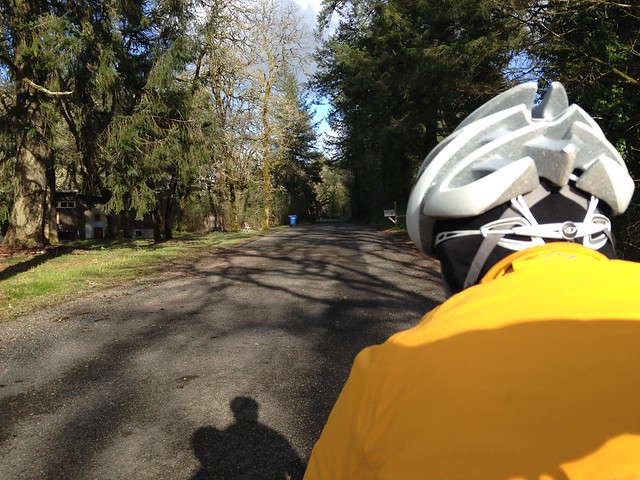 “On three, we’re going to stand, right foot first. One. Two. Three!” Corey and I (Theo) stood up and pedaled in synch, making short work of the hill. It was my first time as stoker (riding on the back seat) of a tandem, but my second time on the Top Rung 200K course. Most of the climbing is in the first half of the route, so don’t get discouraged if you’re going up slowly, or figuring out how to share a bike! There’s still the second half to make up time.

For the first several hours of our pre-ride, it rained heavily. We felt for our friends riding the Spring 200K brevet in the Snoqualmie Valley. They had the same rain forecast for the entire day. In Yelm, we stopped to eat… and ring out our socks. I bought a pair of dish gloves in a desperate bid for dry hands (they worked). 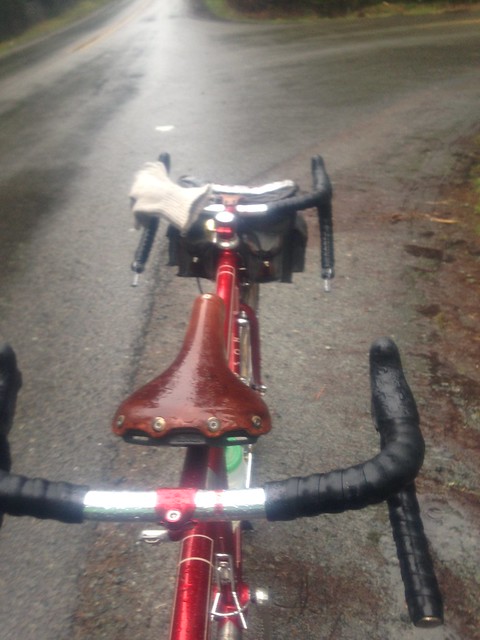 After our break, we resumed the rolling hills and lovely back roads past Harts Lake and Lake Lawrence. Corey captained the tandem around each turn with confidence and experience, but it’s a strange feeling to give up control and not steer the bike! As a few experienced stokers had suggested, I tried closing my eyes on the descents. But that was too much! It felt better to see the road ahead, trusting Corey’s skill, than to keep my eyes shut. And if you close your eyes, you’ll miss out on the natural beauty of this part of the ride.

We kept up a steady conversation, slowing our words only to pedal harder up the hills. The rain lightened up as we checked out the first three info controls and the sun started to come out. I hoped that the morning’s rain was enough to appease the fates and ensure good weather for brevet-day riders! 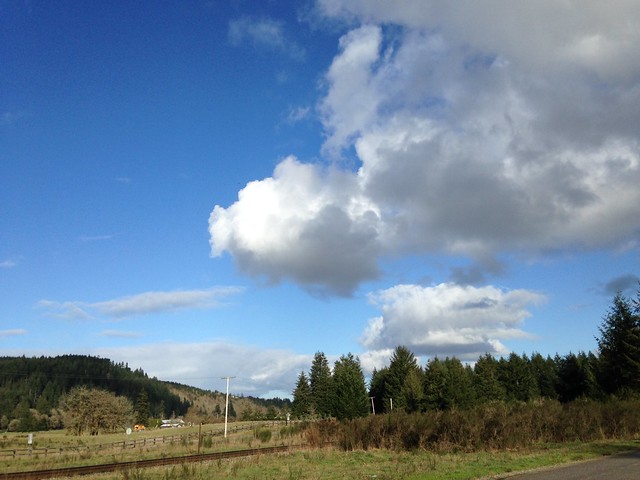 From Tenino to the course’s only timed control, in Oakville, navigation is fairly simple: Highway 12 to 183rd, back to Highway 12. It’s not my favorite set of roads in the area, but the shoulder is decent and navigation is easy. To be honest, I tuned out quite a bit of this stretch, looking down at my feet and watching the cranks turn. Corey attended to the road, and took the brunt of our headwind. I enjoyed my simple role as motor and turn signal!

The End of the Trail Shell station has plenty of snacking options, so don’t worry if you’re running low on fuel for the final 50k of the ride. Load up here and you’ll be fine. From the gas station, it’s only a short return on Highway 12 before getting onto more appealing roads: Moon, Mima Gate and Mima. Even their names are appealing! Down to the right of these winding roads, the Black River and Mima Creek overflowed their banks, swollen with heavy spring rain. The tiny trees of Weyerhaeuser’s Mima Nursery looked like a vast, green shag carpet as we rolled by. We passed by the famous Mima mounds. With the wind now mostly at our back, we sped along, making up time. 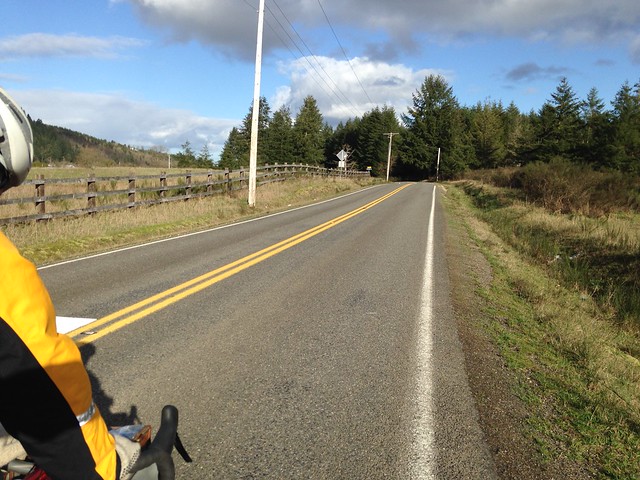 As we passed the failed logging town of Bordeaux, the sun began to descend towards Capitol State Forest in the west. Then we rode through Little Rock, where the post office and taco truck are the same size. It’s a straight shot from Little Rock to Tumwater. But the route’s zig-zags through Olympia will have you carefully watching your cue sheet all the way to the Woodland Trail. There, be sure to cross two bridges to get past I-5, but not the third bridge over Martin way. And take care when merging across Martin to the protected left turn lane. If traffic is heavy, you can skip the merge and stay right all the way to the intersection, using the crosswalks to get on Sleater Kinney Road. Shortly thereafter, Britton Parkway throws in a few more hills because you’ve got to earn those Top Rung beers at the finish! 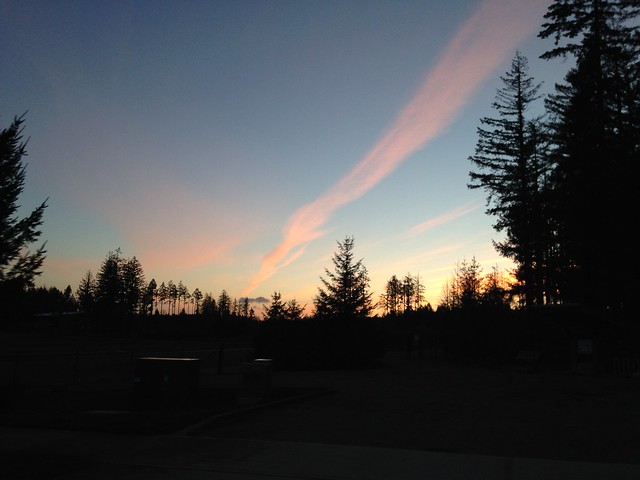 This is a fun ride and last year’s edition saw a number of personal record finish times. If you, like many of us, have spent much of the winter off the bike, this route is a great opportunity to get riding again. It’s just hard enough to make you sore, but not so tough that you should doubt your ability to finish.

Please pre-register online. It helps the organizers a lot!